In August 2018 we were approached by Infuture Institute to help them figure out how to fix their website. Truth be told, the site was a mess. Firstly, it wasn’t promoting new content, which was published regularly at a very high cost of production. Awesome and super well researched articles were hidden in the cellars of the website or locked in pdfs, unsearchable by bots.
The site was not communicating clearly what services of the Institute are, and if that wasn’t all, each team member had a different, sometimes conflicting vision as to what the new website needed to accomplish.

Forecasting institute focused on identifying and describing key trends and showing what implications they might have for the economy, market categories, and specific brands.

This seemed like a perfect fit for a design sprint and with a little bit of convincing the client agreed to go ahead and spend some intensive days with us over the coming week. After the week worth of work we’re able to achieve the results which were quite asstounding. 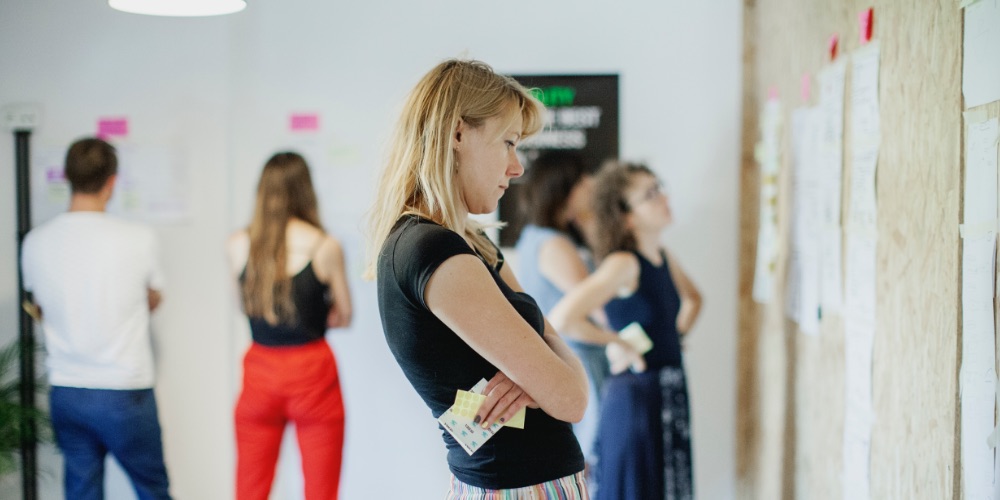 Why did you decide to go ahead with the sprint?

We reached a point where we needed to completely overhaul our website. Each team member had a different objective. Natalia wanted to fix the architecture and navigation, Marek had a vision for how our services can be communicated better, Ola needed a better home for the content we publish and I was fixated on a need to better present our methodology. We got stuck and desperately needed to gain a momentum and acquire a fresh perspective.

When you described how the Design Sprint can help us get to a solution we needed, we’re ultimately sold by the promise of speed and effectiveness. It’s not often you get to achieve so much in a week time.

We’re talking to Monika Jaskulska, the Head of Research at Infuture Institute, who was one of the team members on the client team. 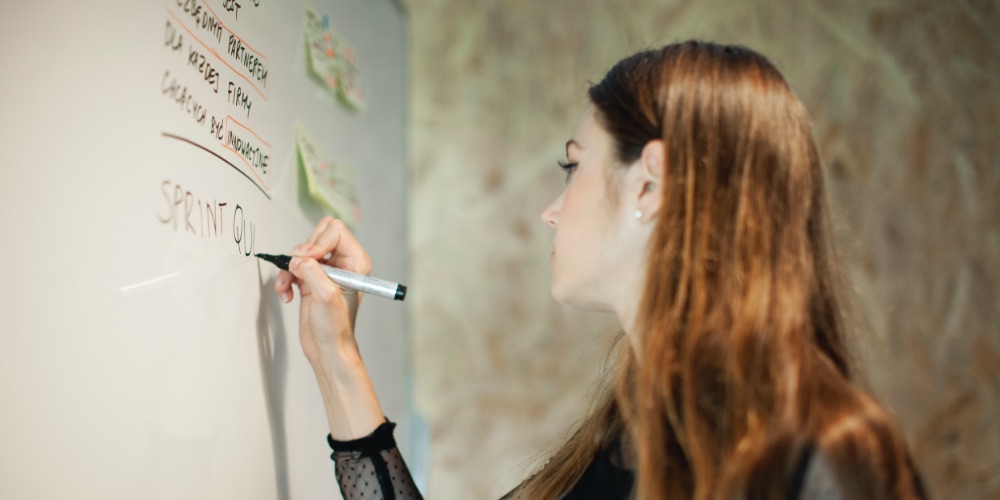 What surprised you the most about the Design Sprint?

Each person from our team had their own ideas and was able to present them to the wider sprint team. You guys (Ultimo) were running the show and supported us with your expertise, readily contributing your own ideas. The best part is that no one person dominated the show and each team member can now endorse the final solution.

And that is because the sprint method is democratic. Each design idea placed on the wall has to speak for itself. Team members vote with their dot stickers on what they think is the most promising idea, but ultimately it’s the decider, after reviewing the votes, who chooses what gets taken to the next stage.
This way each team member is motivated & accountable and also, there is no risk of changing the vision 180 degrees at the last minute, by the higher-up, who wasn’t participating in the sprint, which is quite common in the traditional design process. 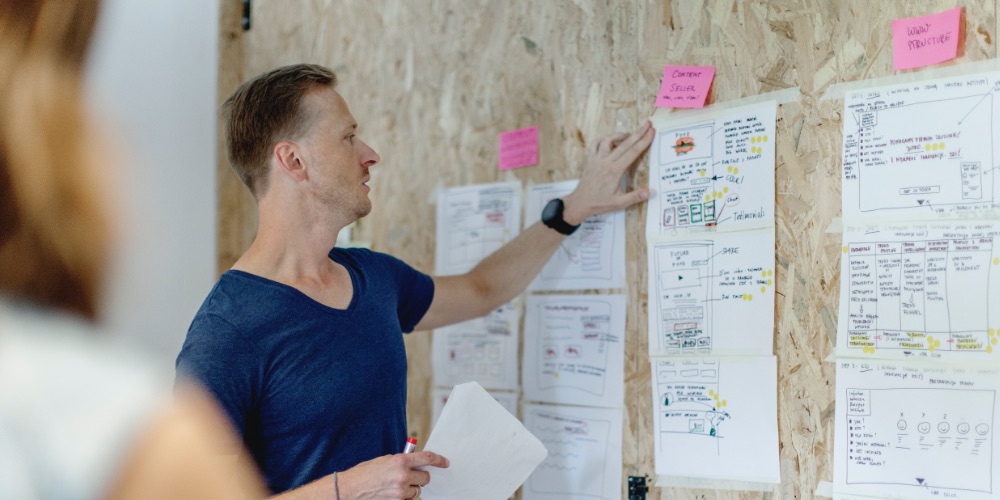 What to you think about the style of ‘working alone’ in a group setting?

Yeah. That’s an interesting one. Indeed, each exercise was in fact individual work done in silence.
After finishing with our ‘alone-work’ we put our ideas on the wall anonymously and then simply voted for the best ones. We didn’t pitch ideas, didn’t discuss them much and didn’t really justify our selections. And if you think about it, this way we’re able to avoid a common trap of “groupthink”, where the group silences or suppresses good ideas presented badly in favor of mediocre ideas presented with passion. We’re able to separate ideas from their authors. 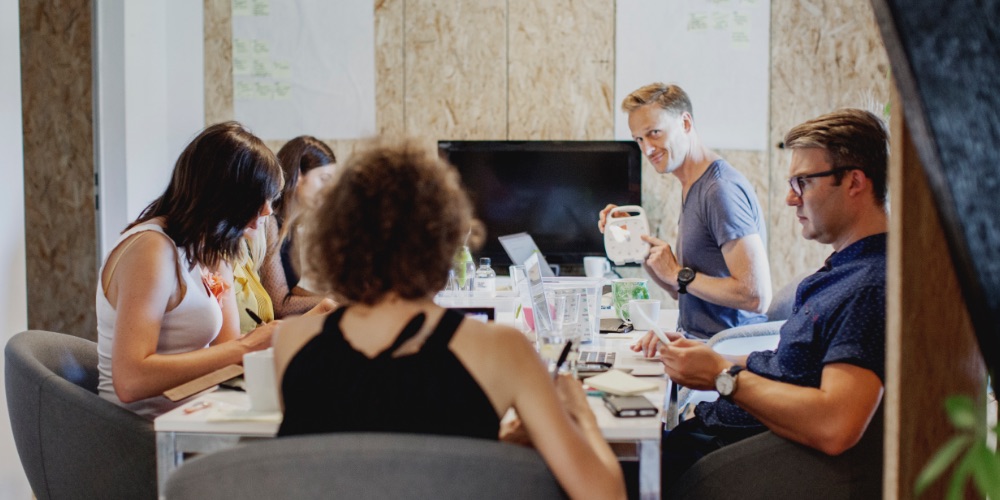 What do you think about time management during Design Sprint?

Using a Time Timer - a special clock displaying time left for a given activity - is brilliant really. Each exercise is limited to a certain amount of time. This stringent time management cuts discussion down to minimum. There are no unnecessary digressions or side conversations. Because of this all activities are fast paced and already after couple of them you’re visibly closer to your objective. On the flip side, this rigid approach to measuring time requires participants to park certain points and leave them to be discussed later.

In summary, how did you like the Design Sprint?

The process is consistent and well thought through. The sprint goal summarized in one simple sentence, acted as kind of a strategic compass. Each time we’re going off course, we could easily correct our direction. Other great thing about the sprint was the grand finale - a user testing session & the feedback from real customers. It became clear what assumptions were incorrect and what had to be improved. After the tests we received a Sprint Summary Dock outlining the things that went well in a test and these that required further changes.

“In a nutshell, we believe our time and energy was well invested. We got to a solution quickly and got early user feedback which steered the project further.” 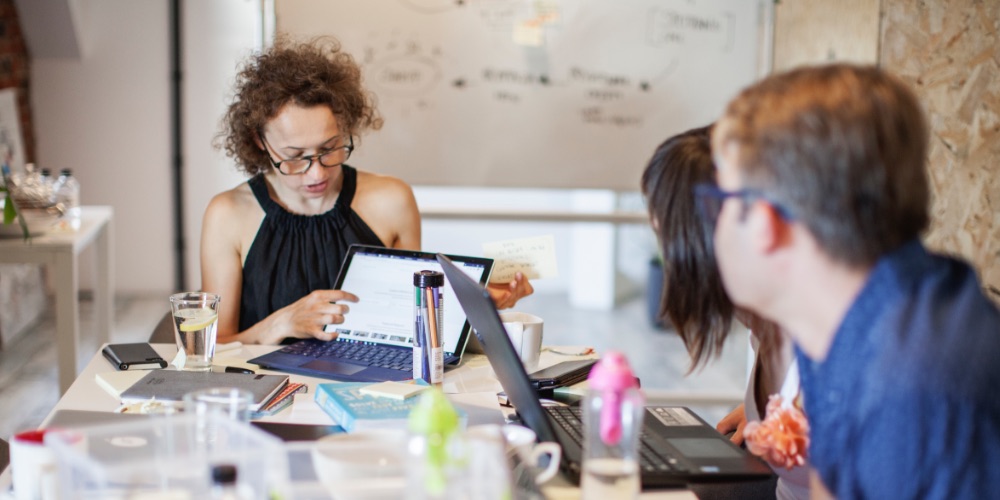 It’s not all roses when it comes to Sprint. The process is super intensive and at the end of the second day we’re totally exhausted. Due to time restrictions we could only touch certain subjects superficially and had little time to explore them further. Finally, the process requires strong moderation, luckily we had Maciek running the show, but normally this process requires a seasoned moderator.